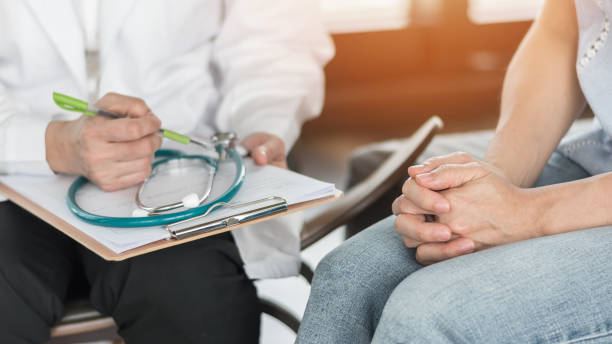 Endometriosis is a condition in which the endometrium- a tissue that lines the inside of the uterus, grows outside such as ovaries, fallopian tubes, and pelvic tissues. Quite rarely, but endometrium-like tissue can also grow in areas apart from the pelvis.

The endometrium grows inside your uterus, preparing it for a possible pregnancy and providing an appropriate environment for a child to survive. However, when fertilization does not occur, it sheds in the form of periods. Therefore endometrium has the capability of thickening and shedding off.

When the endometrium grows outside the uterus, it acts in the same way as it is supposed to thicken up and tries to shed itself. But in those parts where it grows inappropriately, it gets trapped. If you have any symptoms of endometriosis, you should visit the healthcare provider for its treatment. You can consult with the Best Gynecologist in Islamabad.

What are The Symptoms of Endometriosis?

Dysmenorrhea is referred to as painful periods. When you menstruate, you may have more than normal pelvic pain along with cramps. It may not subside with over the counter pain reliever.

Pain in Bowel Movement and Urination

Endometriosis can also lead to pain in bowel movements and urination.

Endometriosis may cause abnormally increased menstrual bleeding. Moreover, it may also cause bleeding during periods.

Endometriosis can also lead to infertility.

The other signs and symptoms of endometriosis are:

These symptoms may aggravate during periods.

The symptoms of endometriosis resemble the symptoms of other diseases. Your healthcare provider may perform an ultrasound to know about it.

What are the Risk Factors for Endometriosis?

Various factors can increase your risk of getting endometriosis, such as:

The signs and symptoms of endometriosis develop slowly and gradually. They may not be present at the time of menarche. However, they may develop as you age. And may settle down during pregnancy. They may also go away completely at menopause until and unless you are taking estrogen as hormonal therapy.

What are the Complications of Endometriosis?

The complications of endometriosis are:

If left untreated, endometriosis can lead to various complications. If you have any of the above-mentioned symptoms, you can consult with the Best Gynecologist in Lahore.