Trending
HomeFoodDiscover Food – What Does an Octopus Tastes Like?

Octopus can be considered as one of the tastiest food options available out there for you to get. If you haven’t tried it yet, you must be feeling curious to get your hands-on octopus and figure out how it would taste.

If you are adventurous eater, octopus is one of the best food options available for you to consider. Most of the people believe that it is one of the tastiest seafood varieties that they have come across as well. However, most of the people are feeling hesitant to go ahead and try octopus. That’s because they feel trying octopus as a kind of an awkward experience due to the way how these creatures look. 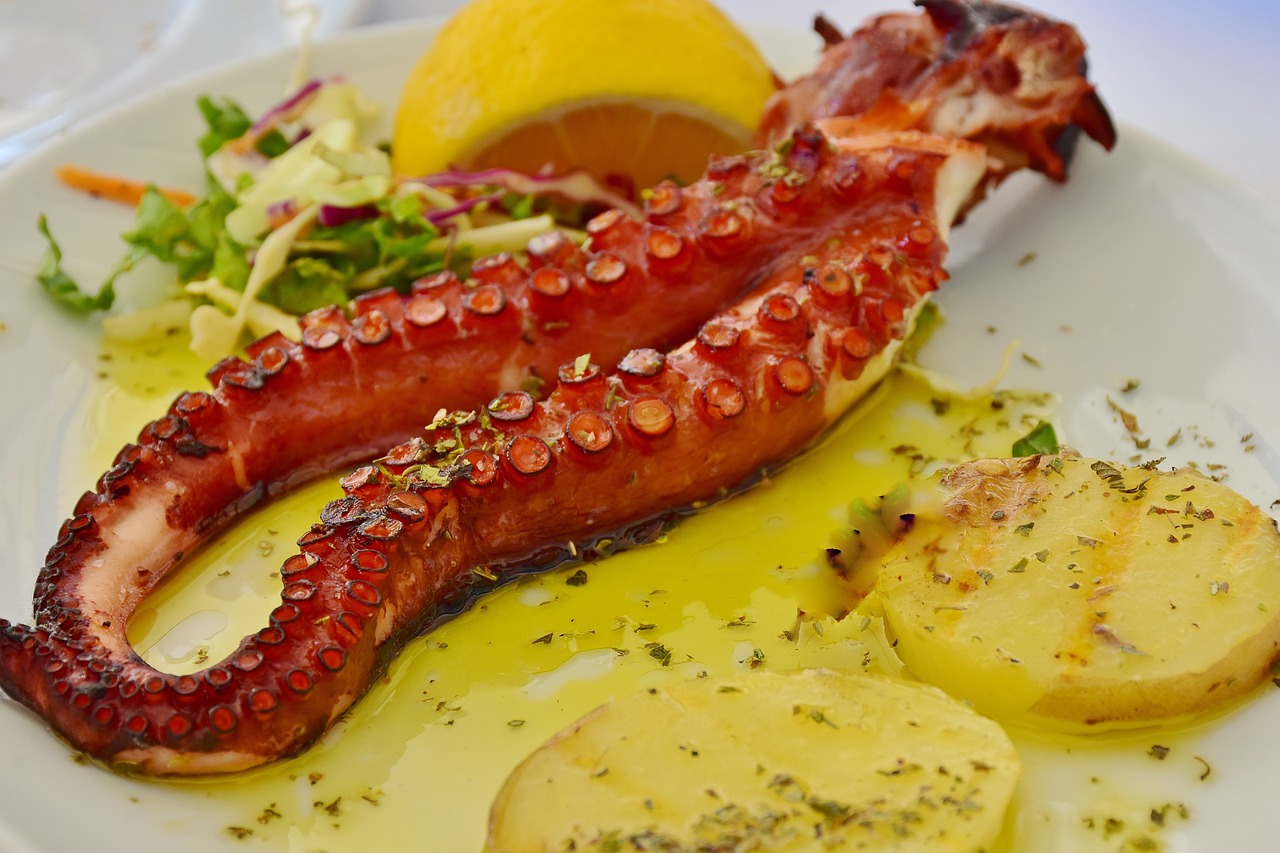 You don’t really need to worry about anything when you are trying out octopus. They are one of the best food options available to consider. You can find octopus being served in restaurants located all around the world due to this reason.

You will be able to prepare and consume octopus on your own, or you can think about visiting one of the restaurants that serve them. Before you go ahead with that decision, get to know about how octopus’ taste like. Then you can have realistic expectations at the time of walking into the restaurant. This can provide you with the chance to get appropriate returns when you are coming back as well.

It is quite difficult to explain a flavor with the help of words. However, we will try our best to provide you with a clear and a crisp understanding about the flavor of octopus. Then you will be able to determine whether you are going to try an octopus dish and experience that flavor on your own or not.

After preparing octopus, you will notice that they have a texture, which is quite similar to that of giant clams. However, the taste of octopuses is different from the taste given out by clams. The exact taste of octopus is pretty much similar to the taste that you can get from dark chicken. It resembles the other chicken flavors as well. However, you need to keep in mind that octopus is not much fishy in terms of the flavor.

Most of the people feel surprised when they figure out that the flavor offered by octopus is bland. It also provides a chewy texture, which is quite different from the expectations that people keep before they purchase octopus. In fact, most of the people are expecting octopus to give out a fresh taste. They have such expectations because octopus is obtained directly from water. However, octopus has a flavor, which is quite similar to chicken.

What are the most common methods used to describe the taste offered by octopus?

In here, we will be describing the different aspects that you can find in octopus. Based on those aspects, you will find it as an easy task to get a realistic understanding about the taste that octopus give out.

Have you ever consumed gummy candy? Then you need to figure out that octopus provides a texture, which is quite similar to gummy candy. However, it is relatively easy for you to chew octopus meat than gummy candy. In general, it has a chewy texture. Therefore, you will have to remain prepared to work a bit, so that you can chew down octopus’ meat.

Appearance can also be considered as a part of the taste. That’s because you tend to immerse yourself in the appearance of octopus at the time of consuming. You will make some quick decisions as soon as you see octopus, before you go ahead and consume it with your mouth. The prepared octopus meat looks pretty much similar to a little octopus. In fact, you will be able to see them as octopus tentacle.

One of the most important aspects that we should analyze when reviewing the taste of octopus is how it would feel for our tongue. Chicken is a good, which doesn’t give out any special flavor, until you cook it in marinate or sauce. You will need to add some flavorful ingredients to bring out the taste of chicken. This is similar to octopus as well. In fact, octopus doesn’t give out a good flavor. You will be able to enhance the flavor of octopus by adding appropriate flavorful ingredients into it. On the other hand, the specific cooking procedure you follow is also in a position to contribute a lot towards the flavor given out by octopus at the end of the day.

Last but not least, you need to take a look at the smell given out by octopus. Most of the people say that they had to experience a somewhat pungent smell coming out from octopus. This fact is true up to a certain extent. In fact, octopus is quite different from the fish. It doesn’t carry the smell of sea water. You will be able to get a better understanding about octopus smell when you are consuming it.

Now you are aware of how octopus’ tastes like. With that in mind, you can go ahead and prepare octopus to experience that taste on your own.